Ben (48) is an ex-forces dad who dabbled in a few pro/amateur adult films over a decade ago. He says he took to performing in front of others like a duck to water but being a family man there were of course many drawbacks to him proceeding any further.

Today Ben is a carpenter by trade but initially he had pursued a career in the Navy. He was only sixteen when he signed-up and was renowned for his conquests amongst his fellow sailors. Apparently Ben wasn't content to find just one woman in a port, he would try for at least half a dozen – and often succeeded.

Now divorced with his kids grown up he has remarried; this time to a much kinkier lady and together they swing hard for England. Over the years Mr Edward's tastes have developed and intensified and he is refreshingly frank about the couple's sexual fantasies and how they like to indulge each other. Ben recently arranged for five young black men (under 30) plucked from all over England to give his wife a good seeing to and he adds that he was quite happy to clean-up afterwards.

The Edwards are a delightful ordinary/extraordinary couple. We are not sure what was more alarming: hearing about the sexual antics they described in their purpose built playroom/boudouir or the sound of their pet Tarantula munching on live crickets throughout the interview in the corner of the sitting room. 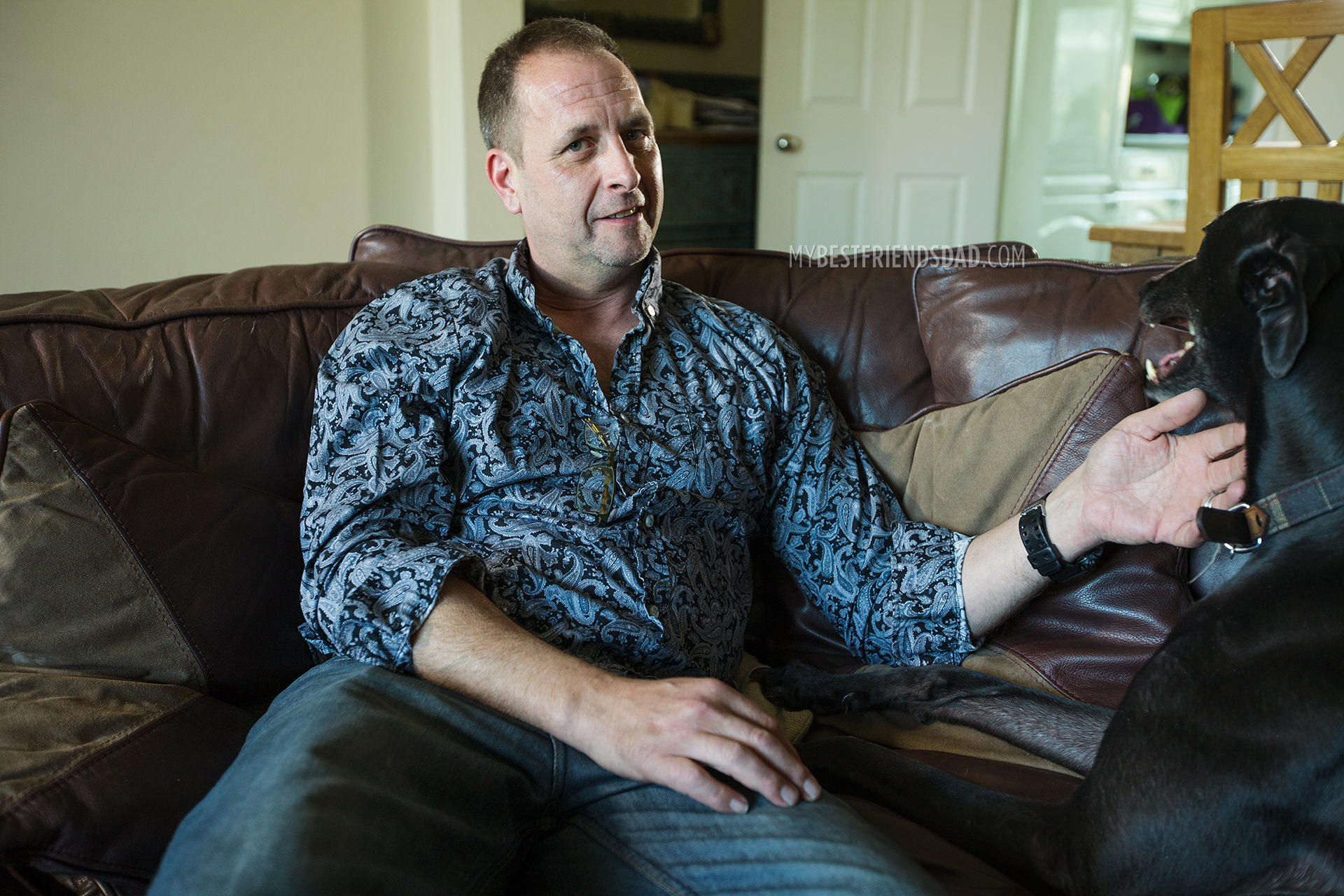 Ex-forces dad Ben has found a new lease of kinky life with his second wife.