Move over Ray Winstone, Danny Dwyer or any actor who wants to play yet another British bad boy character in some fantasy production and let us introduce you to a taste of the real thing: barrow boy, biker, football hooligan, bare-knuckle fighter, bouncer, bodyguard and ex-con are just a few of the roles London born Dave Knight has 'lived' in his forty-something years.

We first caught sight of big Dave in a respectable uniform keeping crowds of people under control during the London riots. As roads remained cordoned off we were unable to do much except watch the man in action for a few hours. Girls (young and old) were loving his confident cheeky patter and reassuring smiles and winks and we knew immediately how much our readers would adore him.

David developed his cheeky banter from the age of fourteen working for his 'local legend' dad on the fruit and veg market stalls of South London. He decided to turn the tables on those who bullied him at school and refined his tough reputation by becoming a notorious Chelsea football fan at seventeen; he says he didn't see one match for the first year as he was too busy fighting rival fans.

By his mid-twenties he was running his own High Street greengrocers which required loads of energy and stamina – not least because he was also bedding four of the girls who worked at the Gregg's the bakers next door – he carefully rotated them throughout the week.

David spent his thirties mainly chauffeuring and guarding the wives of millionaire bankers in London. Spending hours alone with these bored rich women he would inevitably find himself being ordered to give a little TLC in their lonely penthouses while their hubbies were away. The banking crisis and a life-threatening motorcycle crash a few years ago put an end to his bodyguard work and he confesses to now being a faithful hubby, a doting father and a big softie at heart but it looks as though we might just be in time to resurrect the dark side of Dave Knight for a few more moments of glory. 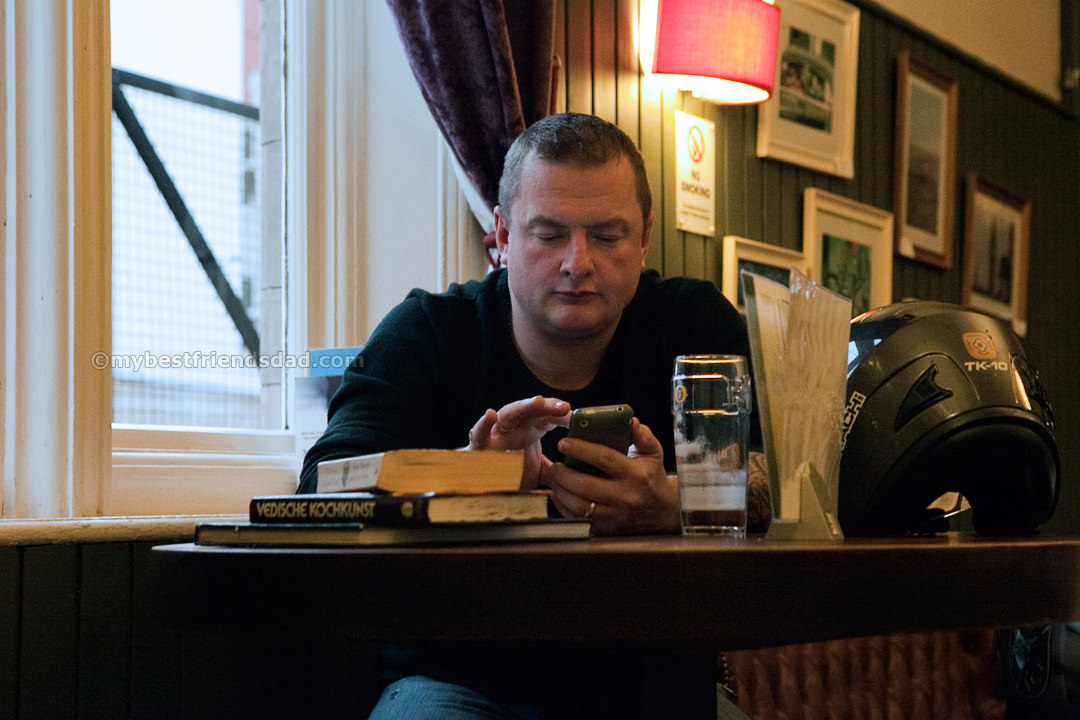 Listen in on a post-shoot chat with Dave Knight as he enjoys a pint in his local South London pub. 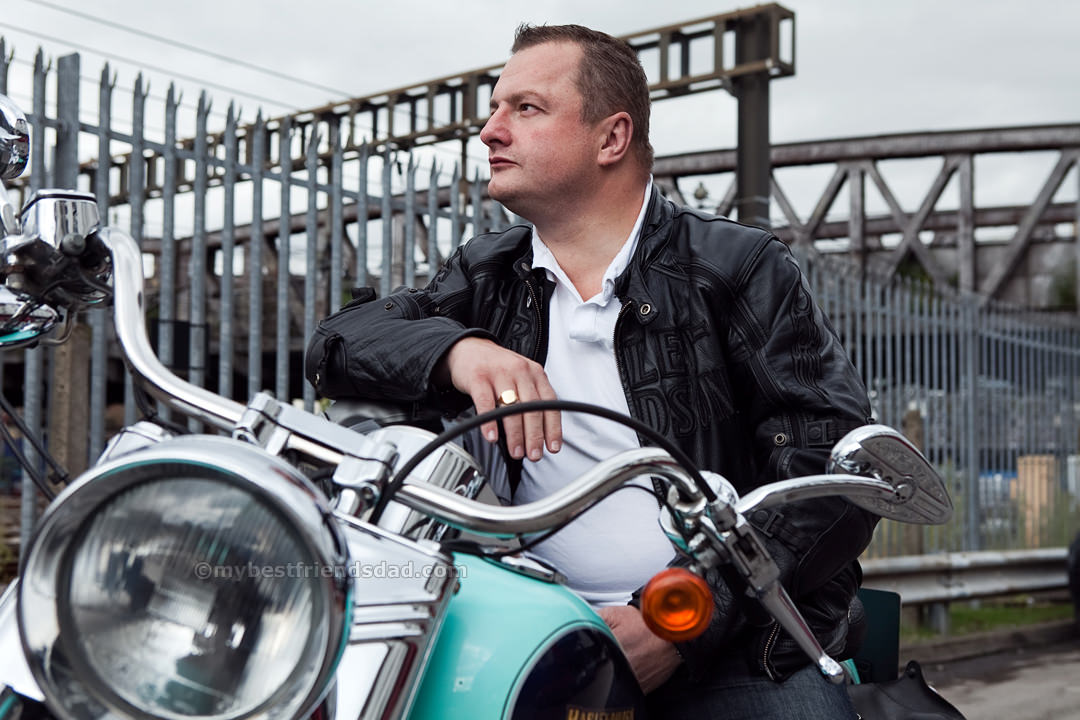 Dave Knight shows us his tattoos, stab wounds and his Harley Davidson in this PG-rated meet and greet shoot.