When TV chef Nigella Lawson admitted back in 2007 that she liked her men to be "Like animals –  hairy all over; hairy back, hairy everywhere!" one could easily imagine an audible sigh of relief amongst the more hirsute blokes of the nation whose hitherto embarrassing secret was suddenly receiving a ringing endorsement from the domestic goddess herself.

Hair on the back is something that few men can pull off (no pun intended) but it certainly helps if you're a swarthy well-built powerful businessman  – burley Italians in singlets wear the look particularly well – as does our model: retired rugger Dominic Davies.

At a first glance you might think that hulking Dominic is of Mediterranean or Semitic origin but this giant is actually from Wales and so you can see the possible Irish influence from across the water giving him his dark colouring. Being Welsh of course means Dom was virtually raised on rugby (there's definitely a hint of Martin Johnson in him) and his passion for sport extends to motor racing – this man is obsessed with fast cars. 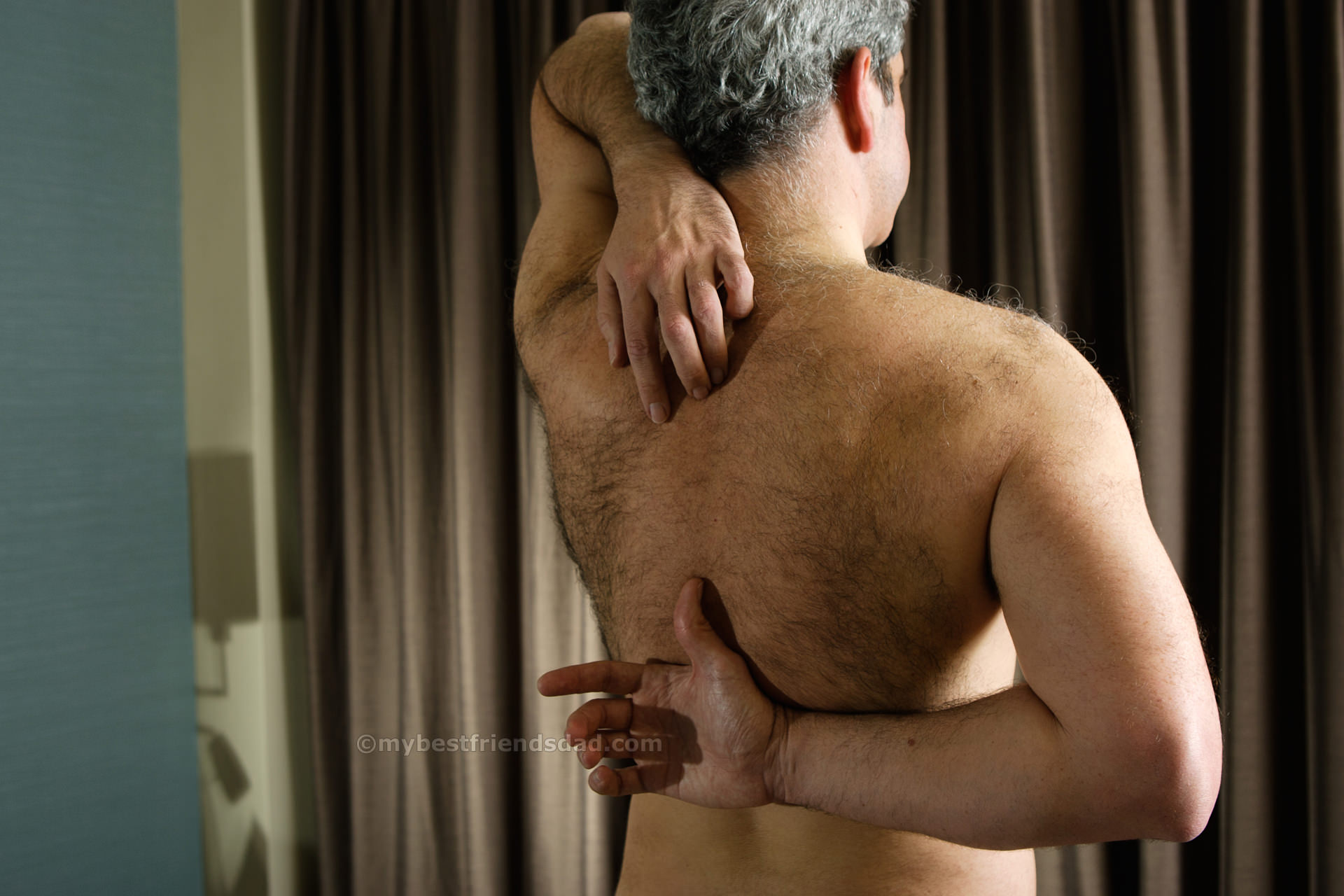 With girth that feels more like birth, this brooding hairy ex-rugger proves he's in a class of his own.